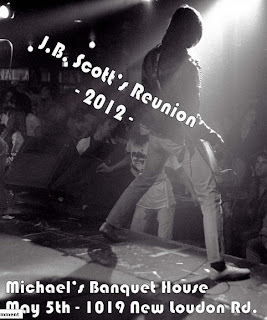 A couple of fun facts come with our next announcement that The Penny Knight Band will be performing at The J.B. Scott's Reunion on May 5, 2012 @ Michael's Banquet House, Latham NY (6pm-Midnight)

Fact #2:
Penny beat the hell out of a JBS bouncer, doused his hair with lighter fluid then used him to set fire to his own car after one of their shows. (nah, not really true, but fact #1 seemed so lame that we felt an urgent need to come up with something that sounded cool).

See you there !
Posted by Penny Knight Band No comments: